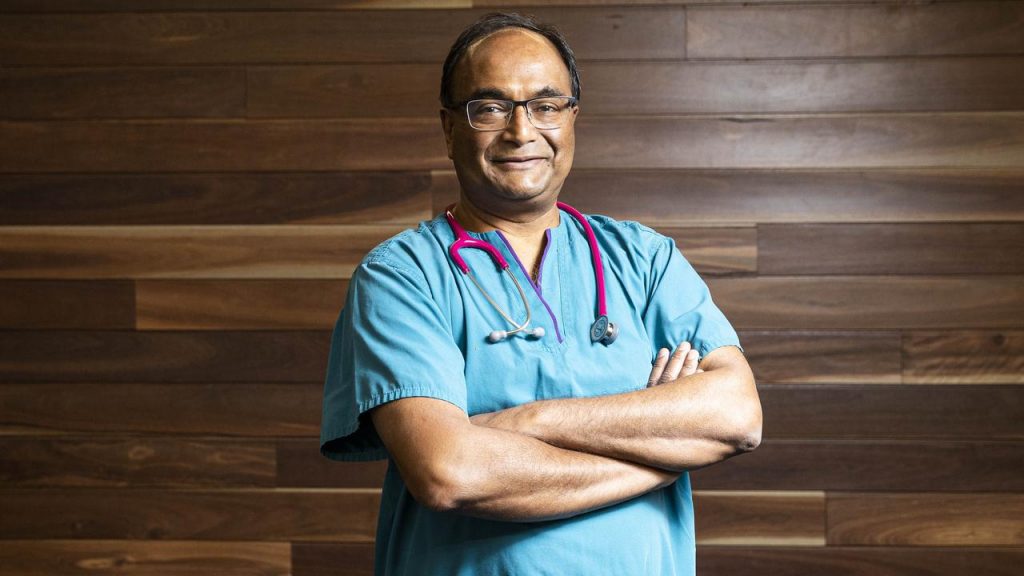 The novel coronavirus is just the latest public health “catastrophe” Melbourne-based GP Mukesh Haikerwal has had to face in his medical career of about 30 years.

Major outbreaks of other diseases in the mid-1980s and early to mid-2000s revealed clues about how to effectively manage the COVID-19 pandemic, he said.

“I just graduated when HIV AIDS was coming through … we faced bird flu, we faced SARS … (public health responses) only work when community is informed and comes together,” he said. “If I have played a small part in that, I am grateful for the opportunity. It’s about community effort and treating people with respect, not contempt.”

The former Australian Medical Association president, who works in Altona North in Melbourne’s west, became a voice for concerned doctors during the early days of the coronavirus outbreak and pioneered the state’s first makeshift respiratory clinic.

App users tap here to nominate your Australian of the Year

Having spent 16 hours a day for a week in March developing the concept, Dr Haikerwal was instrumental in the early design of the testing clinic, which looked like a set of “huts” or a “village” in the car park of his clinic. It meant the number of patients able to be safely treated there increased from 18 to 120 a day.

The Department of Health is now funding nearly 100 GP-led clinics around the country.

Dr Haikerwal said his workload increased exponentially during the pandemic because of telehealth, and because patients with “severe” mental and physical illnesses did not want to come in for treatment because they feared the unknown of COVID-19.

He initially purchased high-quality respirators, N-95 masks and other equipment for his staff because they “could not trust the PPE” available, which included surgical masks. He also defied health authorities to test asymptomatic people if they were a close contact of a COVID-19 case.

Acutely aware that Victoria’s public health system was under-funded and under pressure amid a second wave, he led a group of like-minded doctors to take control of contact tracing in September amid an outbreak in the Altona North area. “We had 22 (cases) in five days and so we raised the alarm and worked with the local council … that is when the DHHS people came to the party and we worked together. It was fantastic,” he said.

“The Hobsons Bay City Council has a community liaison group (with) multi-faith, multi-lingual people on it. We did leafleting of every single household in at-risk areas and went to every doctor in the area to keep them appraised.”

He agreed he had copped considerable blow back for his views but his refusal to back down has earned a nomination for The Australian’s Australian of the Year. “I had very robust conversations with very senior people at the state and federal level but I did not resile from what I said … I simply produced more evidence that what I was saying was correct.”

UK warning: COVID-19 complacency in winter will ‘bite you on the backside’